She’s getting bigger!!!!  I’m three stripes behind because I ran out of yarn.  Ack!!  I . MUST. CATCH. UP. because the rounds are already getting long.  I was hoping to do so when I went on vacation but since that’s been delayed and I don’t know when I can go, I have to catch up during this coming week. 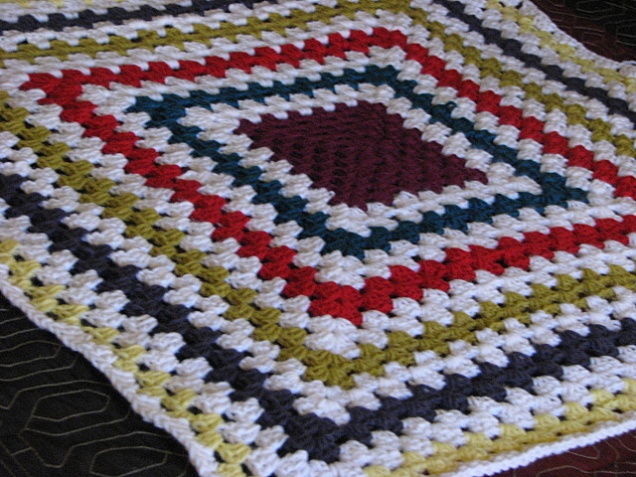 I need to add red, magenta and an orange “stripes”.   This update is part of my crafty 52 week project.  The details are here and I did an easier to visualize key: I promise that this is not the only project you’ll see on the blog for the year.  I promise you that there’ll be more to look at by next week’s end especially since my goal is to really work this list for the year.

Hope you all are enjoying your craft projects as much as I have been enjoying this one. 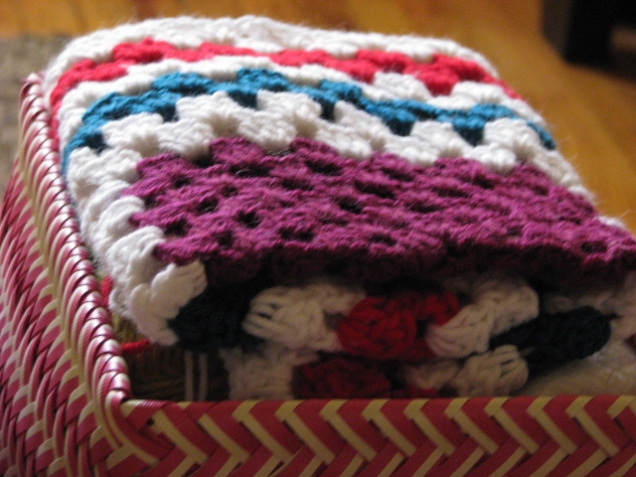 As per the last update … I can no longer fit this project into this WIP basket!

I’ve made some mods to my original plans:

Here’s my baby as at the final Tuesday of January 2014 and I can’t wait to go the distance with this.  Getting to this point has really challenged me to stick with the project and making sure that as the rows get longer, I do one row per day instead of waiting to do all together. 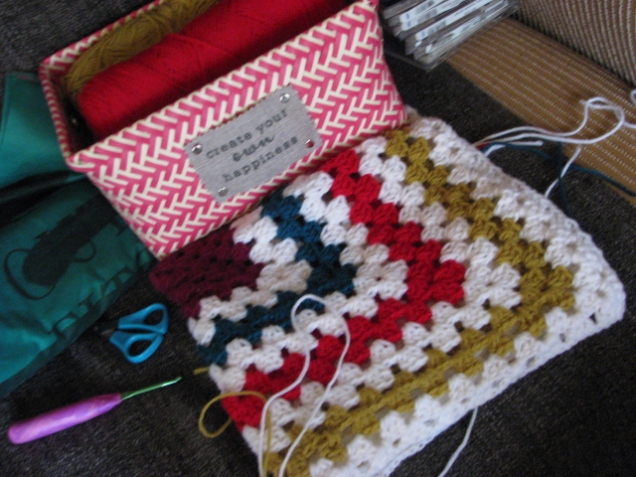 I think more mods are coming.  Some of the yarn I used are from my deep, deep stash!  I’ve found out that two of them are now discontinued.  I’ll be visiting the yarn store to see if the line (Lionbrand Woolease) has colours that are close match replacements or I might have to change my key.  Not too worried though … I’m sure I’ll find something; if not, I’ll just have to be open to change.

She’s going to be a giant, but I love that!

Linking this post to Hazel’s Crochet Mood Blanket 2014 meme.  I’ll be doing monthly linkups (last Tuesday of the month) instead of every Tuesday. 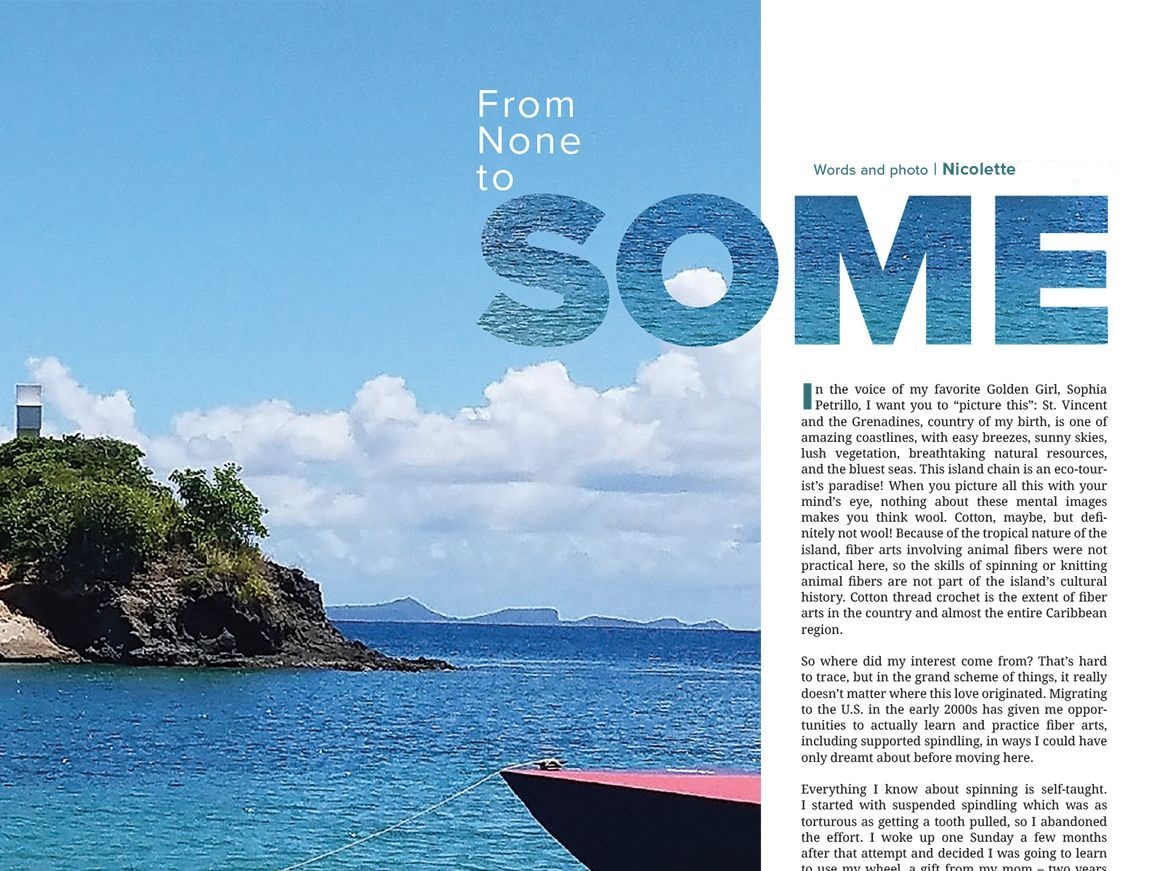